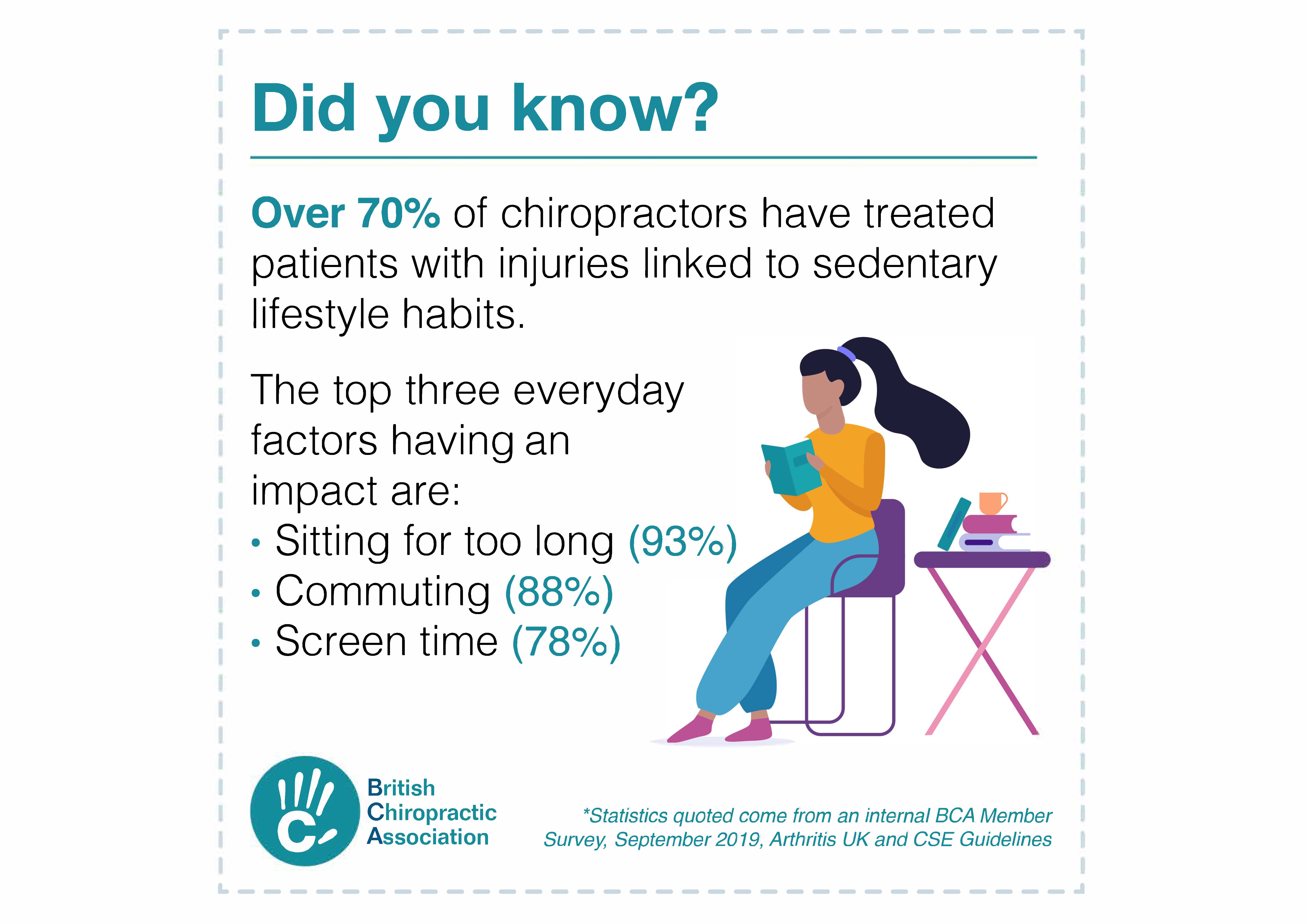 This Back Care Awareness Week (7th-11th October), the BCA is encouraging people in the UK to get moving, after finding over 70% of chiropractors have treated patients with injuries linked to sedentary lifestyle habits, such as screen time (78%), commuting (88%) and sitting for too long (93%). Technology has been found to have the biggest growing impact on people’s back health.

The findings come from a recent survey conducted by the BCA of its members from across the UK, which also unearthed that 68% of chiropractors have seen an increase in children with issues linked to screen time, in the last five years in particular. In a very extreme case, one BCA chiropractor reported that a child as young as four had complained to their parents of back pain, linked to using a tablet device for hours each day.

Lower back pain was revealed to be the most common complaint BCA members treat among all their patients, as a growing number of people continue to replace regular exercise with sedentary habits. This fits with statistics from across the world which suggest that low back pain causes more global disability than any other condition